What I learned from being in my own video

What I learned from being in my own video 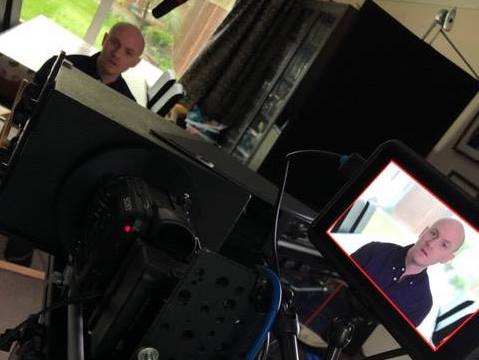 I make a living from creating videos for businesses. So it may (or may not!) come as a surprise that it’s taken me a long time to make one about me. Yes…eleven years (as of 2019) to get a video made about myself and what it is I do! I’ve created some short vlogs, but I’m talking about a video with a bit of a WOW factor. One that will help me truly stand out amongst my competitors.

I know how video works; I spend my days evangelising about the value that good video brings to a business. But I guess it’s like asking a plumber to fix their own leaky tap. And don’t get my wife started on our wedding video edit. She’s only been waiting 13 years at the time of writing… bringing me to my first point of learning.

My friends see no logical reason why I couldn’t have filmed it myself: I would be saving myself a lot of money and I have the skills and equipment. To be honest, the former was the only justification I felt that might have swayed my decision – I would have saved some money. But I also knew the reality. That if I planned to film it myself it was never likely to get finished, if started at all.

Fact: This video of mine was never going to get made if I didn’t pay someone to make it happen for me.

Not just for their camera skills and storytelling ability; but one I felt comfortable opening myself and my business up to.

I know a lot of videographers, all of them highly skilled at what they do. But when choosing the right person for me, it all came down to trusting the relationship with the person behind the camera. They had to capture the real me and make me perform as naturally as I possibly could. I also became aware of how important it was that whoever was filming understood the messages I wanted to give to my audience. And to then pull it together in a coherent story.

Once I had the date to record the video I started to panic. This video is going to be online for a good while and a lot of people will see it. One of my immediate thoughts was “I don’t want my bald, round face haunting me for next… however long.”

So I decided to try a crash carb diet leading up to the day of the shoot. It was an attempt to lose as much unwanted weight, lumps and bumps from my body as possible. It was new territory for me – I’ve never done anything like that before!

I’m not a particularly big guy, just a little out of shape. But even the knowledge I was doing something about my appearance issues gave me confidence going into the shoot.

I then noticed my wardrobe. And I kid you not, I made three trips to a personal shopper at a department store to pull together a few outfits for my video. I was aiming for two different looks. Laid back, business John; and casual, ’out and about’ John.

The Partridge-esque idiocy is not lost on me! But knowing that I hadn’t fudged an outfit from my eclectic and tired wardrobe again gave me the confidence to appear on camera. It also made me aware that preparation on the other side of the camera is just as necessary as the preparation I would normally take to create the shoot itself for a client.

I hope it’s coming across that I’m not super excited by the idea of being oncamera rather than behind it. I don’t have a fear or phobia; but I wanted my video to show me as the excitable, charismatic, laid back video guy I hope I am. I’ve never been able to capture that when I’ve filmed my own videos and watched them back. And I’ve always struggled to talk ‘direct to camera’ with any real personality.

But it all changed on this shoot. Because they used a piece of equipment called, ‘Eye Direct’ which uses mirrors to place the interviewer’s face over the lens; so you feel like you’re having a real conversation with the camera. It was a revelation — a total game changer. After my initial insecurities, awkward giggles and nervous fluffs I quite quickly relaxed, because I was just chatting with a trusted friend. The results, I believe, are incredible and I’m really excited to show them as I think I’ve finally managed to capture therealme on camera.

Maybe I’m just particularly bad in front of the camera, but by the end of the shoot there were nearly four hours of footage to cut down to three or four minutes. A major task for even an experienced editor.

If I had been editing it down myself I would have been hung up on the way I look or the way I sound. I would have been too close to the material to make clear judgements on what part of the story to tell. Four hours of footage is a daunting amount of footage to trawl through and in all reality the edit would have taken me months if not years. And possibly even put on the back burner for another time in my life.

I’m proud of it. And, as I said at the beginning; I know video works. I know that it puts me in front of my clients without leaving my office. Video builds trust with my viewer; it adds authenticity to my business; and ultimately it drives sales.

Finally, I’ll now have my own personal case study as proof that video can elevate and grow your business. And, more importantly I know exactly how it feels to be on the other side of the camera in my client’s shoes.

If the idea of going in front of the camera is holding you back from growing your business feel free to contact me. I have helped numerous clients overcome their fear of video and I can help you to. Just have a look at what Jackie, John or Christine had to say.